I’m sure everyone’s Fallas experience was different; I know mine was absolutely unforgettable. I spent five wonderful days wandering around the city admiring the giant effigies, enjoying the ubiquitous smell of fresh churros and porras and the sound of giant firecrackers. At night I was showered in sparks during fire-themed parades, and danced until the sun came up at block parties sponsored by local Casals. 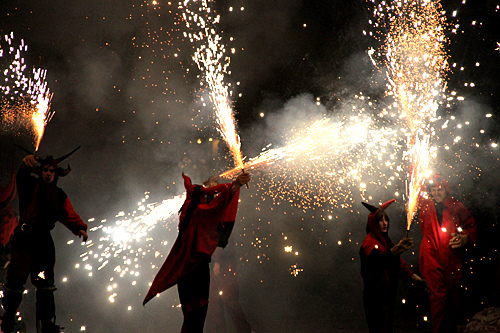 Of course the most beautiful part of the entire festival was ‘La Cremà’, (a night when all of the Fallas structures were burned). Alexis and I chose to go to the Ruzafa neighborhood to watch the cremà of a very popular and especially large Falla of two ballroom dancers. The flames quickly grew and began to lap at their thin paper machete skin, exposing the strong wood scaffolding beneath. Soon the entire structure was no more than a teetering tower of red-hot coals and ash, which came crashing to the ground. 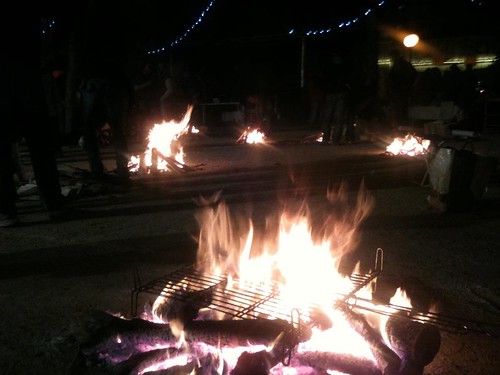 I am told that every year it rains immediately after the Fallas are burned. Maybe all the heat rising from the city causes the downpour, or maybe St. Joseph really does hold back the storm until the conclusion of the festival. Either way, it began to shower less than 10 minutes after the last Falla was burned. As everyone else ran for cover and huddled under bus stops, I decided to dance with my friend Marina in the rain. It was perfect. All the streetlights were reflected in the cool water at our feet, as the ashes were washed from our hair. That wonderful storm has left the city feeling revitalized and clean. 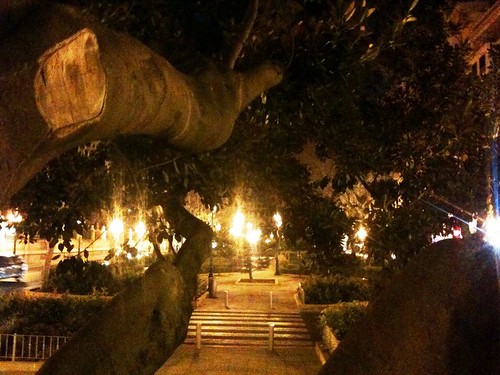 This week we resumed our usual classes. I was very happy to realize that my Spanish has improved tremendously over the past few weeks, and my private instruction with Sole Gimenez is going very well. We also had another visit from President Roger Brown this week. It’s nice to see that his enthusiasm for this program matches our enjoyment of the experience! I am spending this weekend jogging, relaxing at the beach, and climbing trees… honestly I just can’t stand the thought that our time in Spain is nearly over, so I re-applied to come back for Fall 2012!! I would encourage all other Berklee students to do the same!