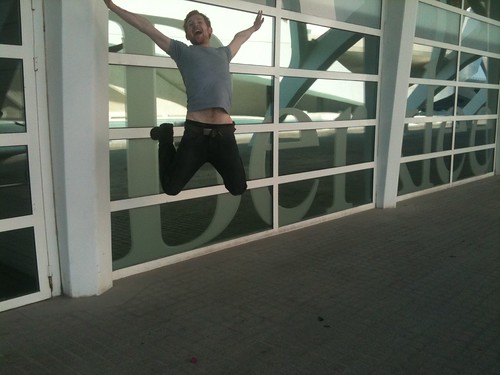 The last week has been pretty relaxing. I have spent a LOT of time practicing, and I am starting to record some new music at the Palau, including a song I am going to give to Creative Spotlights for their Charity Fundraising Album, and one I plan to submit to Berklee’s brand new A&R club. I’m very proud of this new material, and I’ll try to make it available to listen to ASAP.

This past week I met a French girl who managed to get the whole crew free VIP passes to an exclusive nightclub by the beach called “Los Animas de Puerto”, and we were also visited by Gypsy Flamenco artists Belén Lopez & Chipas, who jammed with us at the Palau and talked about politics and the history of Gitanos in Spain.

Tomorrow morning we head to Torrent to meet with and play for special needs students who are studying music in a program called “Tots músics, tots diferents”. It’s always nice to be more a part of the community, and if we can inspire and connect with people on a deeper level these types of activities may be the most meaningful things we do while we are in Spain. 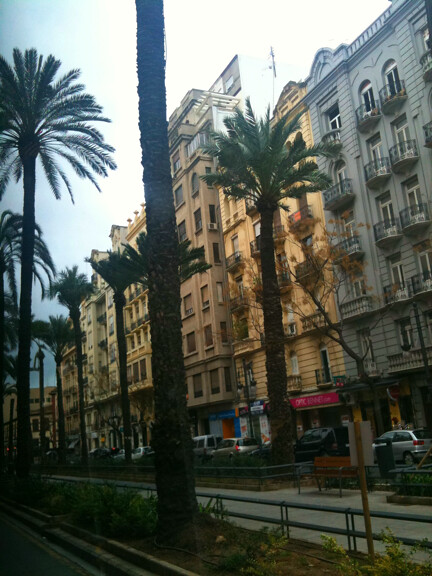 We woke up around 3 AM on Friday morning to begin our long trip to Cannes via Paris and Nice to attend the MIDEM Global Music Conference and NRJ Music Awards. As soon as we touched down in Paris we got our first taste of chilly air and rain showers that would last throughout our time in France. After a long layover we flew to Nice, where a ground crew strike at our destination kept us from getting off the plane for about an hour. Needless to say we were all very relieved when we boarded our much more comfortable and quiet private bus, bathed in blue lights and safe behind tinted windows, to travel down the Riviera to Cannes.

Cannes is a beautiful, surprisingly small, seaside town where many of the trees, plazas and streets are draped in little LED light displays that trickle down towards the ground, in a way that seems that invokes thoughts of the water that characterizes the area. The next morning once we had settled in, we made our way to the Palais des Festivals for MIDEM – following a red carpet that had been stretched around the building that gave us a beautiful view of the harbor, despite the drizzling rain. We received our badges, cleared security and started to explore the conference center, which stretched out in every direction on several levels of the building and at first was quite easy to feel lost in. Representatives from large companies like BMI staffed micro-suites for meeting potential partners, right next to indie labels, fan data mining companies (designed to more effectively target key demographics), and even some brick and mortar distributors who work exclusively with specialty products like vinyl. Another hallmark of the MIDEM conference was it’s many simultaneous open forum lectures, taking place in private halls and in designated places on the trade show floor. Monetizing and marketing through social media were the hot topics of the week.

I floated from one area to another, many of which where a collection of various companies from a given country or region, and talked to people in all aspects of the music business… but to be honest I was more intrigued by the commotion outside: crowds of French girls under umbrellas started to appear, huddling together in the rain. They were all pushed up against the barricades at the red carpet of the NRJ awards hours in advance, desperate for an opportunity to at least have a brief glance of the musicians they loved who would be arriving that night. I think the music industry is embodied somewhere between the professional business-oriented atmosphere inside that conference center, and those drenched smiling girls on the street.

We changed and headed to the NRJ Awards. Allen, who had organized the event, told us that as an alternative to walking the red carpet in the rain we had been given clearance to enter through the secured VIP entrance on the side of the building and avoid the hassle. The awards were nice: very commercial, very over the top. I’m sure you can watch it on youtube if you’d like to. Congratulations to Shakira (who speaks amazing French, by the way), Coldplay, Adele, Rihanna, Justin Beiber (who we are officially now calling Ju-Ju Beibs) LMFAO and all the other performers and award recipients in attendance.

The next night we threw a party at Morrison’s Pub, with a beautiful performance by Julia Easterlin and a great group Flamenco Jam. I also met a gorgeous German girl who I had a wonderful time talking to outside the bar. 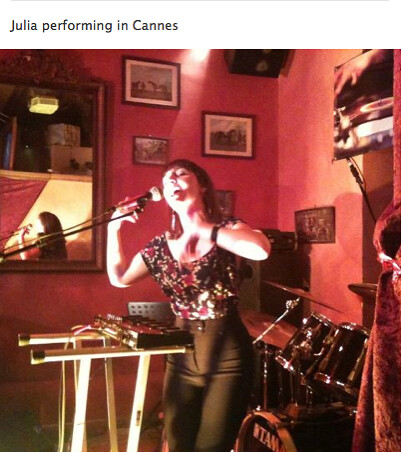 Last night Jonathan Miller got us free tickets to his opera with Zubin Mehta, Don Giovanni, at the Palau Reina Sofia. It was a nice departure and a chance to admire some tremendously talented vocalists with incredible stamina.

Well that’s all for now… It’s nice to be home. And yes, finally with all my colleagues and friends nearby, Valencia feels like a wonderful home

The last few days have been exhilarating, and I have to admit I’m in a little bit of shock. The city itself is so grand, and the Palau de Les Artes Reina Sofia where we will be… working and studying is an indescribably beautiful campus with magnificent architecture surrounded by serene, rippling reflecting pools. Today we were treated to a private tour of the Palau, and all of the plaza’s concert venues – several can hold an audience of nearly two thousand, and we will get an opportunity to perform in some of them this spring. The facilities are brand new; even the pedals of the baby grand pianos are still wrapped in cellophane. Had lunch with Jonathan Miller, who is currently directing Don Giovanni with Zubin Mehta at the opera house of the Palau. We about talked politics, religion and theater of the absurd; he promised that he would try to get us exclusive free tickets to the show when it opens. We also got our first taste of what it will probably be like to deal with the press (both American and European). During our tour of the Palau today, there were two photographers following our every move with their lenses clicking madly, as well as two documentarians with video cameras. I have to admit that it’s still a tiny bit intimidating and it’s hard not to be camera-conscious, but it’s something we may get used to. Who knows how much publicity we will get as a result of this trip. Tomorrow we are meeting official representatives of the Spanish and Valencian government, and soon we will travel to Cannes, France for the MIDEM music conference! 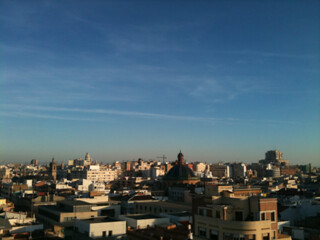 PS: If you ever get to visit Valencia, go to L’oceanographic and the Biopark, where the animals roam free and aren’t even kept in enclosures! I have no idea what keeps the chimpanzees, lions or elephants (which all come freely within a few feet of you) from touching or attacking the visitors, but for some reason they all just choose stay in their designated areas like magic!

Berklee Alumni at The NAMM Show 2012